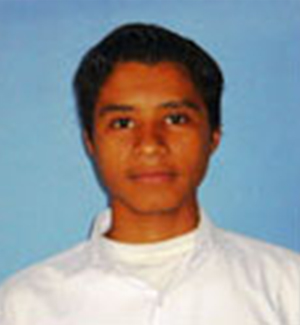 Alejandro lives with his grandmother and three of his siblings in a small two-room cottage with dirt floors in the black market district of Managua. Alejandro lost his mother when he was ten and has been raised by his grandmother ever since. He has worked hard in school since he was a young boy. Having worked full time as a teacher and administrator at Colegio Christiano El Padul throughout his college career, Alejandro has nearly completed his course work in Computer Science at Universidad Martin Lutero. After completing his thesis and earning his diploma, he hopes to return to school to study pedagogy, with the goal of becoming a certified teacher of computer science at the primary or secondary school level. He has earned valuable experience as a teacher and administrator at El Padul, where he works as a supervisor and registrar for the school of 350 students.