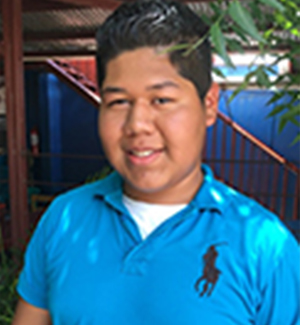 Darwin Martinez was the best student in his junior class at El Padul. As a result, he was selected to study at the Cascade Christian School in Medford, Oregon for his senior year. He lived with Cliff and Trudi Leidecker and their son in Oregon. Darwin learned so much during his time in the US. His English language skills skyrocketed and his appreciation for his culture and that of his host family and school blossomed. Darwin is now studying Accounting at UCA in Managua, where he earned a full academic scholarship for his four years, as long as he performs well academically.